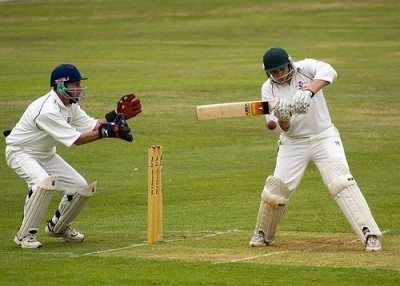 West Indies cricket scored a remarkable double by carrying off both the men and women’s Twenty20 world cups in India.

The hero of the day was Carlos Braithwaite, who blitzed England with four sixes off four balls in the last over of the competition to hit the winning runs.

England racked up 159-9 and at one stage West Indies were 11-3 and needed 19 runs from the final over to win the competition.

Braithwaite was ably supported by a steadfast innings from Marlon Samuels, who scored 85 runs.

Top scorer for England was Joe Root, who dug out 54 runs.

Braithwaite will hog the headlines with his sensational knock after coming to the crease16th over, when the West Indies had to score 49 off 27 balls to win.

But Samuels hit the highest individual score ever in a Twenty20 and stood resolutely facing the English bowling from the second over after shock bowler Joe Root had blown away the West Indies openers for virtually nothing.

“We will savour this win as a team,” said West Indies captain Darren Sammy. “We were written off by everyone, even our own cricket board and no one gave us a chance.

“That’s what made us so determined and everyone in the squad has played their part in winning this competition at some time or another.”

Sammy speaks out against West Indies cricket board

Australia batted first and scored 148-5 off their 20 overs, but the West Indies smashed 149-2 off 19.3 overs to take the first ever women’s trophy.

“It’s fantastic to win both cups and shows what talent we have as a team,” she said.

“Of course we are delighted that ours is the first name to go on the trophy.”

Both wins show that calypso cricket is back on top of the world and the self-doubt that often hamstrung West Indies teams in world competition has been consigned to the past.