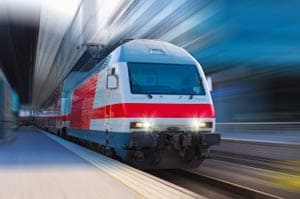 Created in April 2006 to comply with European Union laws requiring ease of access and portability for pension savers moving between countries, the move spawned a worldwide industry.

The market is huge, with HMRC reckoning around 10,000 retirement savers switching their funds to offshore QROPS pensions every year, according to the latest official figures.

The problem from HM Revenue and Customs is once pension money is moved offshore, it’s too easy to lose track of the cash.

Some providers and advice firms specialise in pension liberation or unlocking, via QROPS and HMRC is battling to lock down the system to stop them.

The temptation that lures pension investors is their contributions are topped up at the taxpayer’s expense. For higher rate taxpayers on a rate of 40% or more, this is a considerable amount of money. For every £60 saved, the taxman adds at least £40 to make the contribution worth £100.

The issue for HMRC is the way tax legislation is drafted in the UK.

British tax legislation lays out no clear rules, but issues guidance that is then subject to bending and twisting by tax lawyers and the courts.

The result is no one is clear on the rules, whether they are for tax residency status, QROPS, tax relief on film investments or other domestic long-running tax sagas like IR35, that looks at tax rules for contractors working for their own limited companies.

QROPS rules are a mess

So what tends to happen is HMRC drafts a set of tax rules that are passed into law.

HMRC then published guidance on those rules, but the guidance is HMRC’s interpretation of the rules and is not reliable for court.

Tax lawyers than probe the rules and guidance for weak spots to give a marketing advantage to tax advice firms that sell solutions – and QROPS providers are among those solution providers.

HMRC then changes the rules to plug any holes and the merry-go-round continues as the revision inevitably leaves new gaps for exploitation.

The law becomes a mish-mash of case law, guidance and amended legislation that any smart lawyer can manipulate.

That means tearing up QROPS rules and starting again. HMRC has had seven years to see the problems and drafting clear, well-thought tax rules should not be beyond their ability.