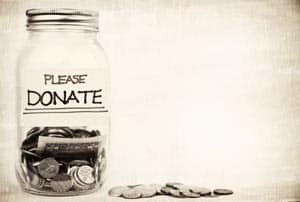 Billionaire Warren Buffett and his sister Doris are just two of the richest people in the world giving away money to students who sign up for an online course in charity giving.

The Buffetts want students to give them ideas of how to donate $100,000 to charity.

Their video lecture is part of a series on the Learn By Giving web site that helps ordinary people learn how to become philanthropists in six easy lessons. http://www.learningbygivingfoundation.org/

More than 4,000 people have already registered for the talks mainly by American investors, sports stars and industrialists.

The course will feature six videos each highlighting a different aspect of charity giving.

“The course aims to give students a deeper insight into philanthropy and how to decide who needs money and why,” said Rebecca Riccio, who leads the course.

The program is based on a similar course already taught at more than 30 universities across the US.

The Buffetts view the online course as more cost-effective for charity giving as they have to spend very little on staff and administration for a web-based offering in comparison to physical courses at separate locations.

“The online course opens the classroom doors to everyone who wants to know more about giving, while allowing us to collect more ideas and to identify further good causes,” said Doris Buffett.

“We are trying to let students make financial decisions without emotion based on who deserves the money most” Riccio said.

The course also helps charities make pitches for funding by aiding their understanding of how philanthropists view their work.

The organisers also expect to run the course several times on line, giving away hundreds of thousands of dollars on the way.

Warren Buffett is a well-known philanthropist who has already stated his intention to giveaway $58 billion of his Berkshire Hathaway company stock before he dies.

His sister has already donated $150 million – and Warren Buffett jokes he has to try to and make money quicker than she can give it away.

The bulk of the fortune will go to the Bill and Melinda Gates Foundation, a charity that funds education, healthcare and poverty.

The rest of the Buffett billions go to four foundations – one belonging to Warrant Buffett and the others belonging to each of his sons.

The Warren Buffett foundation will gain 1.75 million Berkshire Hathaway shares valued at just over $115 each, while his sons’ foundations pick up 1.2 million shares each.

Tripping The Light Fantastic To Save Energy