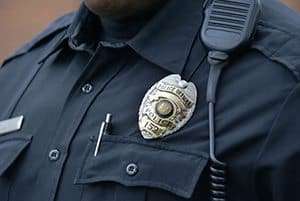 Unbelievable footage has emerged of a shooting by an Oklahoma cop on a black suspect who was the mark in a drugs bust. Eric Harris, a 44 year old meth dealer from Tulsa, was shot at point blank range by a US reserve cop aged 73, who went on to exclaim it was an accident.

The shooter was apparently meant to take out his taser, but instead whipped out his pistol, delivering the bullet which ended Eric’s life. It is already a very difficult moment for US police, their reputation among Americans is tarnished to say the least, in the wake of countless exhibitions of mindless brutality.

To make matters worse for US cops everywhere, as Harris yelps on the floor, unsympathetic cops can be clearly heard telling him in no uncertain terms to stop exhibiting his pain and his exasperation at being shot despite carrying no weapon himself.

The colourful language used by the Police is likely to cause yet more outcry across the States, as real concern comes into play about the discipline of a large proportion of US law enforcers. As Harris exclaims that he is starting to lose his breath, an unidentified officer can be heard telling him that he is not too interested in this fact, while also holding him by the neck.

This latest video comes just a matter of weeks after Walter Scott was gunned down in an apparently racially motivated attack by a police officer who now faces a murder trial. Relations between the black community and police are fractured to say the least.

No Education, No Restraint

The sad lack of education and restraint shown by many of the officers caught on camera killing black suspects in cold blood has created shock across the globe, with the images captured in 2015 harking back to the Rodney King video released almost 25 years ago.

Since King was brutally beaten by four officers in 1991, two of whom were completely acquitted despite video evidence showing their actions, black Americans are killed at a rate of almost one per day either by police, security officials or self-confessed vigilantes in the States, according to research.