US Shuts Down But Tax Collectors Still Working 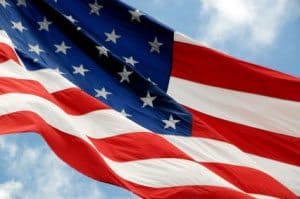 If Americans believe the federal shutdown means they can get away without paying their tax, then they need to think again.

The USA government may be in the midst of a spat with the opposition over the federal budget and Obamacare, but tax collection still continues as normal, according to the Internal Revenue Service.

That applies to expats as well as Americans worldwide.

October 15 is the filing deadline for 12 million taxpayers who asked for a six-month extension to finalise their 2012 tax returns.

Huge numbers still have to file their tax returns and related paperwork – and even more have tax debts that must be settled on or before midnight.

The bad news is, although the IRS is accepting payments, refunds are on ice until; normal government service resumes on or around October 17.

“Payments with tax returns and other documents will be accepted and processed as normal,” said an IRS spokesman.

“But refunds will have to wait until things return to normal.”

For taxpayers with queries about payments or filing, helplines are out of order, although some automated services are still switched on.

Nine out of 10 IRS workers are on unpaid leave during the shutdown.

The row is between the rival Democrats and Republicans over the level of US debt.

The so-called debt ceiling is a cap set by Congress that the federal government can borrow. Although Democrat President Obama runs the Whitehouse, he is outgunned in Congress by the Republicans.

Both are playing policy brinkmanship to jostle for better political positions as neither has overall control of the government.

In previous incidents with doomsday deadlines, both parties tend to back down before any harm is done to the US economy.

The danger of the current scenario is the US government will default on international debt for the first time, throwing money markets into chaos as the value of the dollar is undermined.

Both sides are blaming each other for the crisis, which has seen thousands of federal workers laid off, government services close although skeleton staff have kept critical departments running a barebones service.

The Republicans want to see less borrowing and cuts in the President’s plans to introduce healthcare for the poor.

During the two-week shutdown, the value of the dollar has slipped, but contrary to the prophets of gloom, no one but tourists visiting the Grand Canyon and the Statue of Liberty have really noticed the impact.