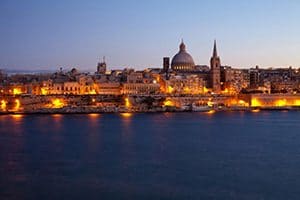 Overseas pension providers based in Malta have witnessed a huge surge in take-up on Qualifying Recognised Overseas Pension Schemes (QROPS) over the last 12 months. Some have reported an increase in business of up to 190%, although for most the increase averages out at a far more modest 130%.

This spike in popularity is down to the huge publicity that the Double Taxation Agreement between Malta and the US has been receiving. This DTA allows anyone with a green card, permanent residence of an affiliation with the US to transfer their UK-based pension into a QROPS based in Malta, and suffer no abject consequences in relation to the IRS.

Previously, it was thought to be practically impossible to bring a UK pension into the US – either via entire transfer, or drawdown once retired – without the majority being swallowed up by the IRS. The US federal body have the view that the UK is excessively generous with their pension offerings, and as such they do not recognise these schemes as being compatible with their own.

There were many difficulties for those opting to retire in the States. Nobody was really sure how much they would have to pay to the IRS in tax once they started to draw their pension, and for many, it meant the dream of retiring in Florida had to be sacrificed. Uncertainty in retirement is not appropriate for most approaching this stage of their lives.

Recognising the issue, a group of providers came together to work out a solution, and created a compliant QROPS based out of Malta which ticks every box the IRS has. With it Double Taxation Treaty in place, Malta had the advantage, but when put together with its economic stability, the standard of financial regulation being extremely high and its EU membership, there was really nowhere else to look.

As a result, many providers have moved into Malta to meet the demand the country is suddenly trying to meet. To take retirement in the US and not have to pay tax on any income, conversions or maturity is something that most thought impossible up until a few years back. Now the pension schemes to help British expats get their savings out of the deficit-laden and frankly unstable British pension market are most certainly here for good.

There are many benefits to transferring a UK pension into a Maltese scheme as a US resident, these include:

These schemes are being taken up by a large proportion of UK pension holders, from those who plan to retire in the US and already live anywhere outside the UK, US nationals who hold pensions in the UK from their time there, and green holders with citizenship from anywhere in the world with a UK pension.

With so much uncertainty surrounding exactly what the future of the UK pension market is, now is seen as the time to start thinking about the possible connotations of leaving savings in the UK. It’s widely seen as a huge risk as two things are now certain: retirement age will be pushed back, and benefits will be eaten away and decreased by the $1 billion deficit.

Transferring into a QROPS should only be done with a professional Financial Advisor who has exemplary experience of the US market and a solid background knowledge of the individual’s circumstances.