US QROPS on the Rise 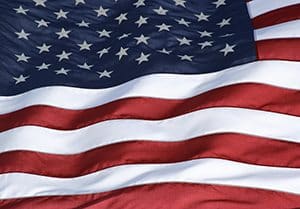 As the popularity of Qualifying Recognised Overseas Pension Schemes (QROPS) increases in the United States, industry experts largely seem to agree that the sudden surge in interest is down to three factors.

Second, the Budget 2014 announcements, which look like restricting the pension freedom offered to those in the public sector (as well as shrouding the entire UK pension sector into a state of more uncertainty than usual).

And thirdly the sheer number of those previously employed in the UK who have now left to seek new pastures in the USA.

Malta has always been a favourite choice of jurisdiction for those looking to remove their savings from the UK for tax and flexibility reasons. The Maltese economy structure has historically remained sound, and the country is financially regulated in a manner not too dissimilar from the UK.

For years the transfer of a UK earned pension for anyone residing in the US was seen as nearly impossible to arrange efficiently due to the IRS restrictions on transfers. The UK has a completely different tax structure to that of the US, and as a result the transfer of a UK based pension into a 401k is regarded as non-compliant and is penalised comprehensively, meaning a massive loss of funds, and resulting in a QROPS being pointless.

The UK, like Malta, does have a DTT in place with the USA however Malta has one important aspect within its treaty which differentiates it from the one signed between America and the UK. Malta’s registered pensions are recognised by America, which means that they are not subject to the severe taxation which would usually be the case for a direct transfer from UK-based schemes.

QROPS Benefits for US Residents

If an employee has worked for any amount of time in the UK, paid into a pension, and now resides in the US, they could find it extremely beneficial to look at transferring their funds to a Malta QROPS.

This scheme is open to anyone who has previously saved in the UK but now lives in America, including US nationals.

Benefits of the scheme to US residents are:

The benefits of QROPS do have far-reaching appeal, and as the UK government appears keen on trying to keep as much UK pension capital on its shores as possible, it is not known if they plan to restrict the transfer of savings into QROPS in the near-future to try to stop the huge pension deficit they are facing from further opening up.