US Banking Giant Steps In To Rescue FATCA Refugees 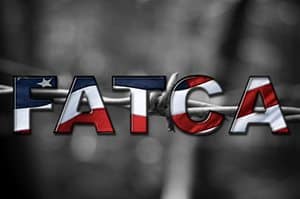 All is not lost for American expats looking for overseas banking as the Foreign Account Tax Compliance Act (FATCA) rumbles towards starting next year.

One of the unforeseen effects of the act is a number of banks turning away US clients so they do not have to comply with FATCA.

One US banking giant, BNY Mellon is welcoming US expats in Hong Kong to open new accounts and small wealth management companies are springing up worldwide to cater for Americans with nowhere else to go.

BNY Mellon president Karen Peetz said her bank wants to expand in Asia and that she considers managing investments for US expats is in Hong Kong is one way into the market.

“BNY Mellon sees opportunity as non-US banks are hesitating to offer services to Americans due to the growing regulatory burden of FATCA,” she said.

Banking problems for US expats

In the UK, HSBC has pledged shut accounts for US clients, while UBS and Brewin Dolphin refuse to do business with Americans living in there.

FATCA only applies to financial firms outside America with US clients. Britain and the European Union are consulting on their own version of FATCA which may further complicate tax and banking matters for expats further down the road.

Meanwhile, other FATCA news includes the US Federal register revealing 1,131 US citizens handed back their passports in the second quarter of 2013, compared with the same 12 months last year, when just 189 passports were discontinued.

That makes 1,810 people giving up their passports in the first six months of the year, compared with just 235 for the whole of 2012.

FATCA is blamed for the increase, reports Bloomberg News.

The tentacles of FATCA are spreading still wider. The US Treasury reports discussion with more than 50 countries relating to signing FATCA tax and financial swap information agreements.

Japan and Bermuda have announced signing agreements, while a host of Caribbean countries are in the throes of signing up to FATCA. Jamaica and Bahamas are about to start negotiations, while Belize and British Virgin Islands are considering their options.

Behind-the-scenes, the Internal Revenue Service and US Treasury and working on FATCA administration.

A new web site for foreign financial institutions to sign up as FATCA-compliant entities is due to open within the next few weeks.

The Treasury has also issued forms and guidance for foreign financial institutions on information required about their American customers.

CIA Releases Area 51 Papers – But No Mention Of Aliens