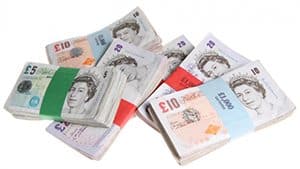 The cost of the payment protection insurance (PPI) mis-selling scandal has exceeded GBP 22 billion after Lloyds Banking Group revealed it is paying an extra GBP 1.8 billion in payments to compensate customers.

Up until now, Lloyds had avoided many of the stories that have rocked financial news since the crisis – including the Libor rigging and sub-prime mortgages scandals.

The news was revealed by the bank in a surprise trading update less than a fortnight before its annual results were due.

Culmer stated that calculating the exact cost of the PPI mis-selling at Lloyds was “fiendishly hard” to calculate, but insisted the figures were “appropriate.”

This is the seventh time Lloyds – owner of Bank of Scotland and Halifax and one third owned by the taxpayer – had risen its estimate PPI bill, a scandal which has rocked the UK’s financial sector and become the biggest mis-selling scandal in UK financial industry.

The PPI affair has dogged the UK’s financial sector for years.

Sold by banks, building societies, and third-party brokers, high pressure tactics were used to coerce indivials to purchase the protection – which covers loan payments in case of illness or unemployment.

It has been estimated that by May 2008, there were 20 million PPI policies in the UK – and around seven million policies being created every year thereafter.

As of now, Britain’s building societies and banks have reserved around GBP 22.2 billion for PPI mis-selling.

This is enough to pay for the 2012 Olympics twice over.

According to Which?, Britain’s biggest banks – Barclays, HSBC, Lloyds and Royal Bank of Scotland – and Santander, which purchased Alliance & Leicester and Abbey in 2008 and 2004 respectively, are responsible for GBP 19.6 billion of the total.

Consumer watchdog Which? has estimated that many of the UK banks involved in the PPI scandal are now closing to releasing all the money previously penned for the bills.

It also states that Lloyds’ hefty additional charge may foreshadow similar revisions at other leading banks.

Lloyds said complaints had fallen in late 2013, but now predicts a further 550,000 complaints.

The bank’s full-year update states that whilst underlying profits were roughly GBP 1 billion better than forecasts at GBP 6.2 billion for 2013, the new write-offs will see a delayed and underwhelming return to statutory profits.

It also means shareholders will have to wait to 2015 before receiving dividends.