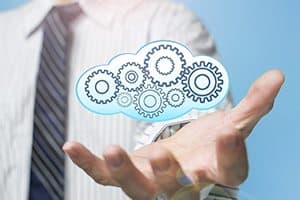 Appetite for investment in tech companies within the UK has increased over the last three years, and it continues to do so.

Completed deals have reached a 10-year high according to data compiled by UK analysts, Unquote. They also noted that the figure of £238 million, raised in the first half of 2014, represented the second highest value seen, following on from the second half of 2013 where the figure reached £315 million.

A separate report carried out by Silicon Valley Bank suggests that 51% of all UK entrepreneurs had managed to successfully raise funding during 2013. This is representative of the fact that, amid fears over US tech valuations are excessive, tech investors are looking to the UK as representing more value due to the realistic valuations, and less competition in the market.

London has certainly emerged as a major tech company hub, attracting interest from private equity investors from across the Atlantic, keen to experience the Silicon Roundabout for themselves.

However, while investment in attractive mid-level tech would appear to be consistently on the increase, when it comes to start-ups, the picture is slightly different.

Unquote also found that early-stage private equity funding during the second half of 2013 was at a 10 year low, with just £7.1 million invested. The first half of 2014 saw this increase significantly to £17.8 million, however this is still nowhere near the levels seen in the last three years.

Although the level of private equity funding has fallen, the start-up investment market is still seen as likely to continue to experience growth. With the continued popularity of tax incentive schemes such as the SEIS, EIS and the emergence of so many crowd-funding platforms responsible for some wonderful success stories, global investment in UK tech looks set to continue unabated.

With fintech leading the London charge, and adtech and healthtech also emerging strongly, the next couple of years could see investment levels reach that of the 2000 dotcom boom. While valuations and the eventual bubble burst caused thousands of investors to lose significantly on their investments, it is hoped the lessons learned will be able to keep the surge in tech interest in realistic check this time around.

Venture capitalists and private equity investors are generally sheep, historically incapable of separating from the herd. It is this sheep mentality – which has been partly responsible for previous market collapses – which makes sure that if one goes down, the rest follow…..