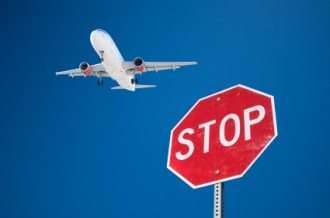 Travellers should stay away from Tunisia as another deadly terror attack is expected, the British government has warned.

The alert follows the terrorist attack in the holiday resort of Sousse when 38 holidaymakers were shot dead – including 30 from Britain.

A state of emergency which was lifted at the start of July has been reinstated for two more months by the Tunisian government.

British diplomats in Tunisia explained they have worked closely with the government to gather intelligence about the militants which has made clear more attacks are planned.

“The government has increased security, but in our opinion we do not think tourists would be adequately protected,” said a British foreign and Commonwealth Office spokesman.

The Tunisian government claims security measures are effective and tourists have nothing to fear.

British passport holders can save money by applying for 30-day tourist visas for India online.

The visa costs £40 – a significant discount on ordering a hard copy while offering a simplified application process.

The move has been welcomed by travel operators who say the boost tourism.

John Telfer, product director at India travel specialist Explore said: “This is great news that will boost tourism to India for tourists from Britain.”

“I am delighted that the High Commission took on board tour operators’ concerns – not only will it be faster and less hassle for travellers to get a visa, it will also be significantly cheaper.”

The service will operate from Dubai to Panama City – a distance of 8,590 miles.

Boeing 777-200LR aircraft and carrying 256 passengers and 15 tons of cargo will take-off daily from the United Arab Emirates for the service.

The current longest non-stop scheduled flight is the Qantas trip from Sydney, Australia, to Dallas, Texas, in the United States, which is just 10 miles shorter.

Both flights take around 17.5 hours.