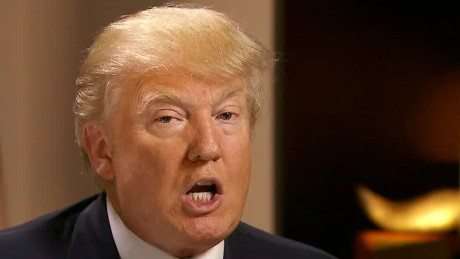 Presidential candidate Donald Trump has sparked outrage across the world with his call to ban all Muslims from entering the United States.

Trump is seeking the Republican seal of approval to run for the White House.

In Britain, hundreds of thousands of people signed a petition calling on the government to ban Trump from coming to the UK in the most popular online official poll ever.

Elsewhere, he was stripped off honours such as his role as business ambassador for Scotland and an honorary degree from Aberdeen’s Robert Gordon University.

Prime Minister David Cameron dismissed Trump’s claim that Britain has a Muslim problem and that police were too scared to patrol some London streets because of social unrest among Muslims as wrong.

Disowned by his party

However Trump, a billionaire property developer, achieved his goal and remaining on the US voters’ radar by hitting the headlines with deliberate and scandalous claims that he has no intention of backing up with hard evidence.

Trump has a reputation for badmouthing rivals and shooting his mouth off over controversial topics.

The problem for the Republicans is that Trump has a reputation and the cash to fund the race to Washington – but his indelicate campaigning is embarrassing the party.

The leadership took the rare step of disowning one of their own candidates after his comments bounced around the world triggering a backlash of anger and shock.

Even Trump admitted in public that he was politically incorrect, adding that he didn’t care.

The words that probably sealed his doom as a presidential candidate were: “We need a total shutdown on Muslims entering the United States while we figure out what the hell is going on.”

Leading Republican and former US vice president Dick Cheney argued that freedom of religion was an integral part of the US constitution and a human right the nation had historically strived to protect.

Speaker of the House of Representatives Paul Ryan, another leading Republican, described Trump’s remarks as unconstitutional and was supported by party chairman Reince Preibus and former presidential candidate Mitt Romney.

With such big guns zeroing in on Trump, his political career is probably finished if he opens his mouth while painting another target on his back.