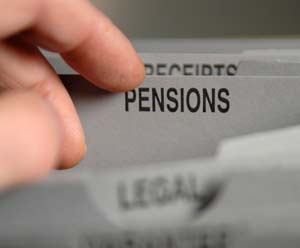 Pension providers face new action by the government to force them to make flexible pension access easier and cheaper for retirement savers.

The government feels some pension providers are undermining new pension freedoms introduced in April by failing to offer the service or making withdrawals too expensive for consumers.

In a surprise move, The Treasury has kicked off an immediate public consultation asking consumers whether pension exit charges should be cheaper or capped.

The consultation also wants pension providers to come up with ways to encourage more retirement savers to consider flexible access to their cash and how to remove legal or financial barriers that may deter them from taking their money.

The consultation follows warnings from Chancellor George Osborne and Work and Pension Secretary Iain Duncan-Smith that some pension providers were making flexible access to difficult for consumers – and that if the companies failed to address the problem that the government would consider new laws forcing them to do so.

The consultation is asking consumers and providers several questions, such as:

The Treasury is already gathering data about the fees individual providers are charging consumers who want to access their cash.

According to The Treasury, more than 85,000 retirement savers over 55 years old have taken around £2 billion from their pensions since the new rules were introduced.

The government fears many more are failing to take advantage of the freedoms due to the cost of accessing their cash, high fees charged by financial advisers and tax on the money they take.

One problem the government wants to address is allowing retirement savers to switch their pensions cheaply and quickly from providers who do not offer flexible access or charge too much for access to funds.

The consultation runs for 12 weeks and the Chancellor wants the results ready for a new policy announcement when he delivers his Autumn Statement.

Ben Gaukrodger, savings policy manager for the pension provider trade body, the Association of British Insurers, said: “Pensions sold today do not have early exit fees and nearly 90% of people taking money under pension freedoms will not face any exit fee.

“Many people are accessing the pension freedoms successfully, and for the few encountering problems, we have sent the government an action plan to address these issues.”