Tinder Gets Ready to Charge 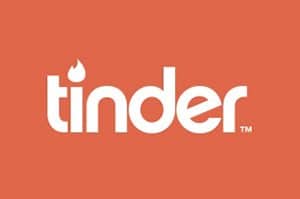 Tinder has added a premium service to its dating app, choosing to charge for a selection of (limited) features.

The new features include the ability to rewind if you got too carried with swiping left to all the ugly ones and accidentally swiped one which was OK, and also the opportunity to get swiping in a city you plan to visit in the future so you can arrange some hook-ups for when you’re there.

It would also appear that those choosing not to pay a monthly subscription fee will now be bombarded with…. Yes, you’ve guessed it: adverts (sigh).

UAE Out of the Running

Although the majority of UAE users are banned from using the app as it apparently encourages sexual relations outside of marriage, the secret underground movement of users who have a VPN on their smart devices will now find their swiping fun disrupted by tiresome adverts.

The choice to start charging has also been controversial as those aged 28 or over will have to pay more than their younger Tinder compadres. This move is seen as slightly ageist by some, although it is still to be determined exactly how many will bother to use the premium service anyway, at least until it eventually becomes mandatory.

Tinder was always likely to start having to charge for aspects of its service due to ever-increasing server charges based on its huge global popularity. The app is predominantly owned by match-making experts InterActiveCorp, who also have OKCupid, Meetic and Match.com within their love stable, and they have claimed their pricing structure is based on “extensive testing.”

For those that don’t know, Tinder has surged in popularity across the globe as people are too time constrained (or lazy) to be able to meet people outside. The Tinder model only allows messages to be sent between users if the two mutually like each other, meaning that a large proportion of the bedwetting fraternity are left out in the cold.

Tinder are said to be looking into the fact the UAE have banned the app. It would appear the reason for the ban is that it is regarded as a “dating website” although there is no mention of the word ‘dating’ anywhere within the application. The app is available in 24 languages, but consciously excludes Arabic.

A host of similar apps are now finding popularity in the UAE, including HAPPN, Topface and Jeltee which all seem to work for the moment on both Du and Etisalat. Those who wish to continue using Tinder in the UAE have been downloading Express VPN for their smart devices, according to an anonymous observer, although this is illegal to do so you probably shouldn’t.