Tina Turner Gives Back Her US Passport 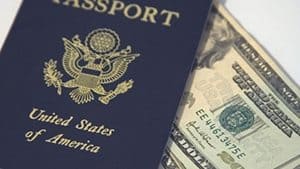 Motown star Tina Turner has renounced her US citizenship after a short signing-off meeting in the US embassy in Bern, Switzerland.

The superstar singer, aged 73, was born in Nutbush, Tennessee, but has lived in Switzerland with her German husband since 1995.

She retired from performing in 2009.

Although Turner has not announced her tax affairs in public, the move comes as the US Internal Revenue Service steps up tax reporting for US expats through the Foreign Account Tax Compliance Act (FATCA).

Switzerland has long been the focus of US Treasury anti-tax evasion operations resulting in millions of dollars of fines for some banks and the Swiss government agreeing to report the financial affairs of US nationals living in the country as expats under FATCA.

US tax law requires expats to report their worldwide income to the IRS.

FATCA reports are triggered if a US citizen has more than $50,000 held in cash or assets by a foreign financial institution and starts in 2014.

In some cases, giving up US citizenship or a green card can result in an exit tax penalty.

Some sources suggest US expats are queuing at embassies to announce their affiliations with their homeland, but the latest figures from the US government do not seem to support this.

Only around 1,500 people have opted to hand in their coveted US passports in the past year, which is an increase on previous years but hardly a dent in the 6 million US expats worldwide.

Meanwhile, in more FATCA news, the offshore financial centre of Malta has announced that the government will sign a FATCA treaty with US.

Russia hot and cold on FATCA

PwC Malta revealed the island will sign an intergovernmental agreement for the two-way swopping of tax information on US expats in Malta and Maltese expats in the US.

Jamaica is ramping up to join FATCA and has signalled many of the other 20 Caribbean CARICOM community countries that are not currently signatories will follow suit.

With warm hints about China coming out of China, the only major nation that is blowing cold on FATCA seems to be Russia.

The foreign ministry has suggested Russia opposes FATCA as an attempt by another nation to impose a law inside the country.

“FATCA opposes our view of the principles of sovereign equality,” said a spokesman. “We will not accept a one-sided agreement but will negotiate a bilateral treaty that benefits both countries. Regardless of FATCA, Russia is against tax evasion.”

Somali pirates sentenced to life in prison for American deaths