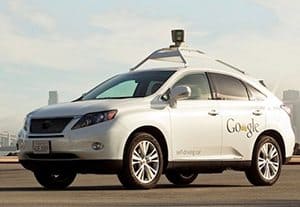 The world is changing fast for motorists and the time is fast approaching when private car ownership dwindles in favour of fleets of driverless cars that are called up by smartphone apps.

Soon, driving will be a forgotten talent and anyone who wants to go on a trip will hail a driverless car like a cab, jump in and let the car carry them to their destination.

One of the major issues putting the brake on driverless cars is who is to blame if the vehicle is in an accident?

Although in tests driverless cars have driven hundreds of thousands of miles without incident, the occasional bump does occur when human operators of remote controlled vehicles take their eye off their monitors.

Google is at the forefront of driverless car technology and has trialled robot cars for some time around the company headquarters in California.

Driverless cars are not so much how as when.

Germany’s Technische Universität München (TUM) is already trialling cars that drive the streets of Munich with no one in them.

The operator is in a control room miles away.

The companies researching driverless cars suggest the technology is a game-changer for rental companies, car sharing schemes and parking services.

For instance, says TUM, a city worker could order a car to pick them up from home and drop them at the office – then the car could go to an out-of-the-way car park on auto pilot to await the wake up signal to go back and collect the passenger and return them to home.

The companies are also linking the technology to greener electric or hybrid cars.

The driverless technology works receiving and transmitting data on smartphone wavelengths. Cameras and sensors in and around the vehicle assess the closeness of vehicles, pedestrians and other potential obstructions.

Car developers argue that the technology is relatively cheap as much of the infrastructure is already available in most towns and cities.

Longer journeys in remote rural areas may present a bigger problem as mobile phone signals are patchy and replenishing batteries is next to impossible without significant investment.

The upside is driverless cars should cut out the human error that causes most accidents, so future generations can expect safer roads and less bumps and injuries.

How Business And Charities Try To Exploit Ramadan

1 thought on “Time To Gear Up For Driverless Cars”