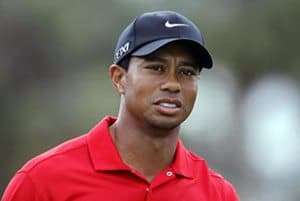 Tiger Woods has lost his place in the top 100 golfers in what marks a hugely significant moment in what has been a 20 year journey of triumph, controversy and record-breaking. Sadly for fans of golf, the rampant Tiger Woods that provided such joy and stunning moments in the sport will most likely never make it back to anything like he was, but he insists he will do everything he can to be back for The Masters on the 9th April.

McIlroy to the Fore

With young superstars like Rory McIlroy now taking the sport to a whole new level, inspired by the athleticism brought into the game by Tiger, sport’s first billionaire has found himself left out in the cold, due in equal measure to his persistent injuries, his lack of a settled swing and his personal problems.

Despite what could be a sorry end to such a glittering career, Tiger has provided the world with some of sport’s truly great moments. But the one which garners most praise and attention is the chip on the 16th at Augusta in The Masters 2005. Whatever the future holds for the greatest golfer the world has ever seen, nobody can take away moments like this:[mom_video type=”youtube” id=”0ZcpbsoeDZ0″]