Things You Need to Know About the US Government Shutdown 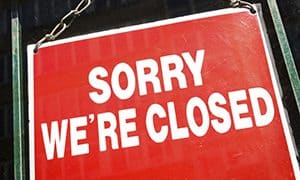 The United States government has closed down this means that nearly one million citizen’s jobs are at risk.

Congress seems unable to come to a unanimous decision regarding budgeting and so many strongly believed that this will be the first shut down in almost 2 decades and they predicted correctly. The last shutdown was in 1995-1996 during Bill Clinton’s presidency.

Why does a government shutdown occur?

The current battle between the Democrats and the Republicans is centered on ‘Obamacare’. The Democratic Senate believes that the Affordable Care Act receive full funding while the Republican Congress did not include it in the spending bill.

Why is it happening now?

The United States government’s fiscal year begins on the 1st of October.

What happens during a government shutdown?

Non-essential government employees will be furloughed, meaning they will be on temporary unpaid leave. This means that all employees who run day to day operations will be temporarily out of work and it is not a frequent practice to reimburse these employees.

The only staff who will be working are those who are deemed necessary to ensure the safety of public health and property. Additionally, employees such as the police will be working.

Will the shutdown affect the economy?

Yes, most likely in a negative way. Experts estimate that a shutdown that is only three days may slow economic growth if not harming it completely.

Also, it is not likely that it will be saving money. The previous shutdown ran an estimated bill of $1.4 billion.

How long does it last?

What will close down during the shutdown?

Many government institutions such as the Center for Disease Control and Prevention and the Internal Revenue Service will be understaffed due to the fact that many employees are viewed as non-essential personnel.

Four of the Most Famous UK Expats