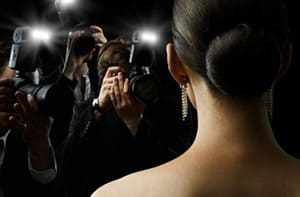 The top 10 celebrities earning the most in the past year are not necessarily who you might think.

According to research by the US Forbes magazine, these are the bankers in the entertainment world who can be relied upon to put bums on seats and downloads on computers:

Madonna clawed her way back into the top 10 after a five year absence. Now 55, the singer has proved she really is a material girl earning $125 million from the gruelling MDNA tour that grossed more than $300 million.

A big surprise is tennis player Roger Federer, who raked in more cash than US soccer sensation David Beckham and a host of baseball, basketball and American football stars.

Forbes puts a top 100 celebrity rich list together every year, based on figures provided from agents, managers and other showbiz sources to estimate earnings.

The figures are gross, so do not include tax or other business expenses.

On the rise is 50 Shades of Grey author EL James, who is said to have earned around $95 million from her spicy trilogy, and the man most people love to hate on TV, Simon Cowell.