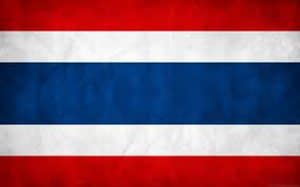 Almost 15,000 police and soldiers are being mobilised to combat a mass rally in Bangkok, Thailand.

The planned ‘shut down’ of the capital by protesters is the latest in a series of clashes been demonstrators – mostly comprising of royalists, southern Thais, the urban elite and middle classes – and the Government.

Demonstrators are determined to block the recently instated February elections – claiming they are a sham and that self-exiled former Prime Minister Thaksin Shinawatra remains in control of the Government via his sister; new Prime Minister Yingluck Shinawatra.

Campaigning against T. Shinawatra’s former Government, the protesters are determined to rid Thailand of the powers which tried and failed to alter the constitution.

In violation of the law

Whilst 73 politicians were cleared by the National Anti-Corruption Commission (NACC) of any wrongdoing – including new Prime Minister Y. Shinawatra – 308 politicians have been found to have violated the law by proposing changes to the charter in a preliminary investigation.

If these members of the upper and lower houses are officially found guilty by the NACC, they may face a five-year ban from politics from the upper houses of parliament.

Demonstrators wish to block the February vote over fear the February elections will only help the Shinawatra family to remain in power.

They have stated their intent to occupy Bangkok from the 13th of January until they topple the Government and instate an un-elected ‘people’s council’ to rule the country until the next elections in 18 months.

This had led detractors to comment that the demonstrators wish to stage a military coup – something the protestors deny.

As part of the plans, demonstrators plan to create stages around the city blocking the official’s workplaces of water, electricity and worker access.

A second “warm-up” rally ahead of these stages was held on Tuesday the 7th of January, when thousands took to the streets of Bangkok.

Whilst the Government gets ready to deploy the 14,880 police, officials have stated that if necessary, a state of emergency will be declared, “if the protests seem likely to escalate into violence,” noted National Security Council Chief Paradorn Pattanatabut.

This follows months of civil unrest and protests which have seen eight killed – including one policemen – and many thousands injured.