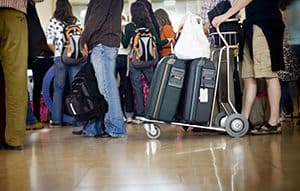 Expats and travellers are urged to halt all but essential travel to Thailand after bomb blasts and intelligence warnings following the military coup.

The Foreign and Commonwealth Office (FCO) suggests staying away from Pattani, Yala, Narathiwat and Songkhla on the Thai-Malaysia border after a top-level terror alert from the Australian government.

Intelligence warns terrorists may target western expats and holidaymakers in the area.

Fears of fighting between Thai and rebels on the Cambodian border have also led to a stay-away warning from the Preah Vihear, Ta Krabey and Ta Moan temples.

Thailand is subject to martial law, and trips in and out of the country are subject to security checks and delays.

A curfew is also in place between 10pm and 5am except for travellers heading for Bangkok airports. Passengers heading for flights should carry passports and their tickets to prove they are not breaking the curfew.

The FCO is also urging travellers to make sure any insurance policies cover military action.

The Pakistan army and security services are carrying out sweeps of the Federally Administered Tribal Areas and regions around the city of Peshawar.

Westerners are warned that they face a ‘high threat’ of kidnap and violence.

On Saturday, May 25, 2014, terrorists set off bombs in markets in the capital of Islamabad.

Then FCO warns travel near the Somali/Eritrean border is dangerous.

A bomb blast in a restaurant in Djibouti, Somalia, killed and injured many diners, including western travellers.

The health minister has declared a state of emergency following devastating floods in Vukovar-Srijem and Brod-Posavina.

Doctors fear outbreaks of contagious diseases from sewage and chemicals in the flood waters.

Flooding has also hit areas of Serbia and Bosnia.

US officials and the FCO have broadcast an emergency warning to expats and especially oil company workers in the Basra province.

Intelligence suggests militants are planning raids on hotels in Basra to attack or kidnap westerners.

Stay-away warnings were also issued to expat workers in Ramadi and Fallujah in Anbar province after skirmishes between the military and extremists. Fallujah has seen heavy fighting.

A state of emergency has been declared in Borno, Yobe and Adamawa, with heightened military and security forces activity and overnight curfews.

The FCO warns expats and travellers should be aware of militant attacks around religious and public holidays following regular terrorist activity by the extremist Boko Haram group.