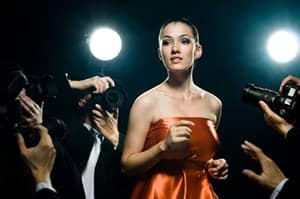 Celebrity tax dodging has hit the headlines again as scores of the rich and famous are embroiled in financial scandals across Europe.

Former German World Cup winner and star footballer Hoeness rose to head the current European club champions and one of the best teams in the world which is well on the way to contesting the European Champions League finals again this year.

Now the golden boy’s memory in the minds of his fans is tarnished forever by his wrongdoing and his reputation lies in tatters.

In court, he pleaded guilty to swindling the German tax authorities out of £22.5 million gained mainly from currency exchange dealings.

Hoeness is not the only famous name to face a prison sentence for tax impropriety this week.

Playmate of the Year jailed

Playmate of the Year 2002 model Swetlana Maslowskaya was jailed for two and a half years over a £835,000 tax fraud by a Frankfurt court.

Meanwhile HM Revenue & Customs (HMRC) is squaring up to take on the promoters of a tax avoidance scheme in the courts which was bought into by hundreds of celebrities and household names in Britain.

The list of participants reads like a Who’s Who of A-list celebrities, including David and Victoria Beckham, pop star Bob Geldof, musical composer Andrew Lloyd-Webber and BBC Match of the Day TV presenter Gary Lineker.

HMRC is attempting to claw back £1 billion of tax losses generated by the investment scheme.

Each celebrity paid at least £100,000 to join the tax scheme which generated profits with box-office movie smashes, but also invested in a number of flops which produced losses to set off against the profits.

HMRC claims the scheme designed to take advantage of film industry tax breaks was run to avoid tax by creating losses, while the promoters deny the allegations and say they will fight their corner in court.

Some of the well-known movies involved include Life of Pi, Avatar and the Girl With The Pearl Earring.

HMRC has written to investors asking them to pay up their tax before the case goes to court – with the promise of repaying with interest if they lose the hearing.