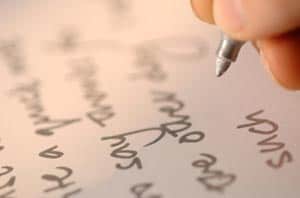 A Taliban warlord has written to a schoolgirl who was shot in the head because she allegedly ran an anti-Taliban smear campaign.

Adnan Rasheed does not apologise for the appalling act of violence against a 16-year-old girl, but writes that he wished the attack had never happened.

That’s probably because 16-year-old Malala Yousafzai is travelling the world speaking out against mindless sectarian violence in her home in Pakistan.

The world has followed the girl’s recovery and now listens to her speak out against the Taliban on a world stage.

The letter makes clear that the attack was not because Malala insisted on going to school – forbidden for women by the Taliban – but an unfortunate accident because she was badmouthing the terror group.

Malala is now a candidate for the Nobel Peace Prize because of the way she has recovered from her injury and the intelligent and articulate arguments she makes against religious fervour in her homeland.

Rasheed was in jail when he heard of the attack, and although he says he does not condone the action, he considers God should decide the rights and wrongs of the matter.

“You have said in your speech that the pen is mightier than the sword, so they attacked you for your sword, not for your books or school,” he writes.

Malala’s family believe the letter is a crude attempt at trying to move the focus of the girl’s work for peace and education for women in Islamic countries after she received a standing ovation from a packed United Nations in New York.

After the shooting, Malala was flown to Birmingham, England, for medical treatment and has made a remarkable recovery. She now lives in Britain.

The recent speech to the UN was her first public condemnation of the Taliban.

She told the delegates that she was standing up for women’s rights because they were suffering the most at the hands of religious zealots.

He reaffirmed Malala’s comments and claimed she had initiated a campaign that the Taliban could not defend against.

“It’s a 16 year old girl they shot for alleged crimes against them who is speaking out for the rest of the world to hear,” he said. “There is nothing they can say to justify their appalling violence