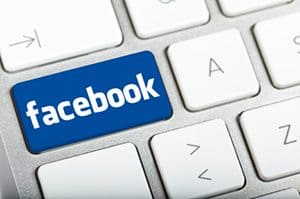 Most people are set to find out that their face fits wherever they go thanks to new tracking technology.

According to technology watchers, it won’t be too long before anyone goes in a shop or restaurant and is instantly recognised by name by the staff.

Celebrities already find that their shopping habits, preferred dining orders and drinks are on record when they go out.

That’s because of face recognition technology that is pretty much like a store loyalty card on steroids.

Security cameras snap a face as soon as you enter a store and return your personal details on a Pc or tablet behind the counter.

The customer service representative instantly knows who you are, when you last shopped there and what you bought – recording information like size and colour.

Privacy is out of the question as the technology works if you wear sunglasses, grow a beard or wear a hat or scarf.

The software creates a face template like a fingerprint and instantly recognises you.

So if you shop in a high-end designer label fashion house in New York and then drop into a branch in London, you are recognised.

Now Facebook is under fire for bringing in image tagging software to recognise your online friends with similar software.

The truth is, image tagging has been around for a while on Mac computers and tablets, and no one felt it was a big deal until Facebook clicked into action.

One of the problems with modern technology is that anyone can snap and image and post it online in an instant – eroding privacy and sometimes causing problems.

Any news photographer will know that you always need to check the names of a couple because plenty of times, one is married to someone else and they were not expecting to be snapped and Facebooked while on a romantic tryst.

Facebook image tagging is turned on by default – so if you don’t want it, you have to go into your account settings and expressly switch it off.

Already worried about internet privacy in the wake of the US and GCHQ online spying scandals, the UK Information Commissioner said: “We would expect Facebook to clearly tell people about how information held on the web site is used.

“Privacy is important and some people may have concerns about how their data and images are handled online. They should have the choice about taking part or not.”

Race To Dig Up Rare Earth Deposits From Disused Mines