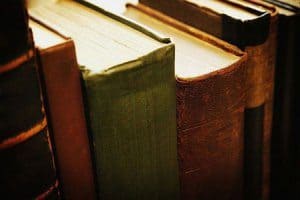 Lending money is anything but an innovation in society and has been around from as far back as the 1700’s.

However, what does seem to be taking the world by storm is an ingenious new method to business funding called crowdfunding.

The term itself is only around a decade old and as the name suggests, it is a form of raising capital from a large number of potential investors as opposed to the wealthy few.

The crowdfunding phenomena stemmed from another loan system called micro-financing, it’s conception is credited to a man from Bangladesh, Dr. Muhannad Yunus.

He began by handing out tiny $27 loans to local women who worked at bamboo farms. The success of these loans encouraged him to found the Grameen Bank which, today, has approximately 8 million borrowers the majority of whom are women business owners.

Micro-financing then morphed into microlending which is a closer resemblance to the crowdfunding that we are familiar with today. Micro-lending used the internet as its medium.

It was a portal to donors and investors in a similar manner that modern crowdfunding is today. The first digital micro-lending platform was Kiva, in which people would create profiles and post their required amount along with their plans for the donated money.

The crowdfunding platform Kickstarter, which was founded in the United States, is recognized as the first of its kind and the greatest influencer of the newly popular trend.

Kickstarter was created in 2009 by three entrepreneurs, Perry Chen, Yancey Strickler and Charles Adler. The website has received a number of different rewards and recognitions and was even named it one of the best inventions in 2010 by Time magazine.

This form of crowdfunding was based on donations rather than investments and rewarded donors with one-of-a-kind prizes. Depending on the project, these prizes could range from recognition on the project website to a signed autograph of a celebrity.

Shortly after Kickstarter launched, the Jumpstart Our Business Startups act was signed by United States president Barack Obama. This act lifted the ban on businesses trying to raise capital for their startup ventures.

Finally, in 2012 the first business funding platform was set up in line with the JOBS guidelines, Fundable. Fundable paved the way for a new era in entrepreneurship and business growth.

With this stride forward, many new financial ventures have begun to surface on these platforms such as raising equities for new funds abroad.

It is only a matter of time before even more innovations arise from this new movement.

Are Bill Gates’ Days at Microsoft Coming to an End?

New Island Emerges From the Sea