From SEIS to EIS, a Risk-free Journey? 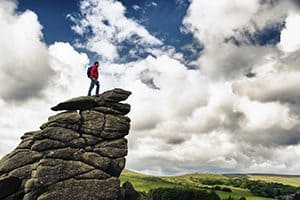 Well, not really. The only reason such schemes exist is to encourage investment in start-ups (SEIS) and smaller businesses (EIS), and as we all know, when it comes to risk these companies are the most volatile. At the same time they are also those most likely to see investments treble or quadruple in the first few years as they are coming from essentially nothing and can expand very quickly, but generally it’s perhaps 50/50 at best as to whether they will succeed.

The EIS was introduced in 1994, and the scheme now offers a variety of significant tax breaks to investors keen to become involved with lesser established companies in the UK.

No capital gains tax on profits made from investment. This means that whatever profit you happen to make from investment, you will save the 18% CGT on the profit margin.

Losses can be offset against Income Tax. If an investment is unsuccessful, the loss can be reduced by 30% if offset against your income tax bill for the year. This effectively reduces the perceived risk associated with investment in smaller companies.

No Inheritance Tax on EIS shares. To qualify for this and the other benefits, shares have to have been paid for in full and held for three years minimum.

The maximum investment per year through EIS is £1 million.

The Seed Enterprise Investment Scheme (SEIS) goes a step further than EIS. It offers even more generous tax breaks, on the condition of investment in companies which must be less than two years old (there is no restriction on age of company in EIS), a limit of 25 staff (EIS is 250) and just £200,000 in gross assets (EIS allows up to £15 million).

Assuming the investment choice qualifies for the scheme, the investor will receive the following in return:

50% of investment off Income Tax. Going a step or two further than the 30% offered under EIS.

Capital gains reinvestment relief. Under the SEIS, you can reclaim 100% of the tax paid on taxable gains if reinvested in another SEIS-qualifying company in the same year, and 50% if reinvested in year two.

While SEIS gets a foot on the ladder for many young businesses who would usually find extensive barriers to sourcing funding, EIS-qualifying companies are often able to source a wider array of investors with extensive resources to enable them to move to the next level.

EIS is the logical progression for those entrepreneurs who have received successful rounds of funding from SEIS. It opens the company up to a larger array of crowdfunding platforms and solitary investors keen to get involved with a business which has in effect circumnavigated (with assistance) the most treacherous period of its existence – the first two years.

Although there is undoubtedly a risk attached to investment in companies qualifying for each of the schemes, by offsetting at least a part of the risk against the tax incentives offered up, the UK’s young businesses have perhaps never been a more attractive prospect to investors previously drawn to Silicon Valley and Asia in search of young, potentially fruitful ventures.