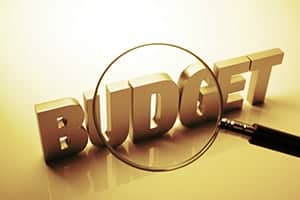 The Seed Enterprise Investment Scheme (SEIS) has become an enduring piece of legislation since the Government introduced it in 2012. However, since the beginning it has been subject to amendments in order to reduce some of the generous tax reliefs offered. This year marks the first year that no reductions in benefits for investors have been witnessed, although at the same time, the calls from some quarters for an extension to the advantages entrepreneurs gain from the scheme fell on deaf ears.

In fact, the only discernible announcement relating to SEIS came as Chancellor George Osborne announced that all SEIS companies would now no longer have to spend 70% of the initial investment they received, before seeking additional funding via either the Enterprise Investment Scheme (EIS), or a Venture Capital Trust (VCT) scheme.

In truth not many amendments were expected to a scheme which continues to emerge as an extremely significant piece of tax legislation in the UK. More tinkering may have served to dilute the appeal to investors, but with the continuation of a reduction in annual income tax against 50% of the total SEIS investment, the allure of the scheme shows no signs of diminishing, particularly in light of the fact that many pensioners will be looking for investment opportunities when they take advantage of the flexible access to 100% of their savings.

Industry insiders had called for two things from the Budget 2015; a larger marketing campaign to increase awareness of the scheme (research suggests that just 40% of business owners are aware of the existence of SEIS), and an increase in the annual investment a start-up is entitled to receive from £150,000 to £250,000.

Neither happened, but as we see the first results published in the next six months from the initial round of investments dating back to 2012, the awareness of SEIS is likely to increase. Investors must have shares in place for three years before they are able benefit fully from the scheme, and can also sell their shares if they so please. 2015 was always going to be a crucial year to gain a true perspective of just how successful the scheme has been in encouraging start-up success and growth, but all the early predictions point towards an encouraging rate of success.

If more entrepreneurs become aware of SEIS, the scheme will benefit from more variety in terms of investment options for investors with all kinds of interests. Predominantly, the scheme has appeal and awareness among those operating within the tech sector, a sector which understandably has its finger “on the pulse” to a slightly greater extent than many other industries. But there aren’t too many exceptions when it comes to industries able to make the task of finding investment that much easier through qualification for the scheme.

If you are an entrepreneur or an investor, you can find more information and download an SEIS Guide at SEIS.co.uk