Secret Corner Of The Med Where World’s Wealthy Live 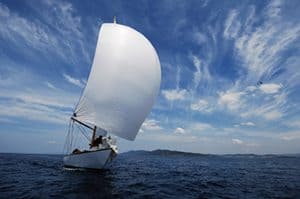 A tiny corner of the Mediterranean Sea is home to a growing number of the world’s wealthiest individuals.

The enclave spreads along the South of France to Monaco and slips offshore to Sardinia’s Smeralda Coast.

The Cote d’Azur tops the league of homes for the wealthy, while Monaco and Smeralda Coast feature in the top five.

A five bedroom home on the Cote d’Azur, which includes Nice, Antibes and Cannes, sells for around £18 million, while similar homes in the millionaire’s playground of Monaco can reach £36 million.

The Caribbean also features high on the listings – with the exclusive island of St Bart’s coming third,  Barbados takes sixth place and  resorts on St Vincent scraping into the top 20.

Elsewhere exclusive ski resorts remain expensive – including Aspen and Vail in America, Courcheval in France and St Moritz, Gstaad and Verbier in Switzerland.

Other surprise showers in the list include Sylt, Germany; the wine producing lands around the Cape, South Africa and The Seychelles.

One of the key facts identified in the report is the wealthy like to invest in holiday property near their homes.

For Middle East moguls, Dubai and Abu Dhabi are the target markets. In Asia, the wealthy seek out homes in Phuket and Koh Samui, Thailand; Bali, Indonesia, and Niseko in Japan.

Another trend identified by researchers is the wealthy are also concentrating in safe havens where their investment in property is protected by stable economies and governments.

Yolande Barnes, of Savills, said: “We can see that in many ways, where the rich decide to buy their holiday homes depends on where they live and other factors like transport distance, and economic and political stability.

“Many reports predict wealth is moving eastwards, so it will be interesting to see whether a new generation of the super-rich will stay in the Asia-Pacific or decide to move elsewhere.”

The report also explains that while the creation of new wealth in recent years has ignited property prices, the number of wealthy individuals is expected to grow.