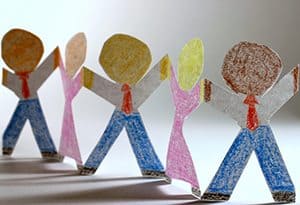 Expat private teachers are being forced out of their jobs in favour of locals in a Saudi Arabian government drive to rely less on workers from overseas.

The government claims three out of four Saudi women want a job as a teacher in a private school, but thousands of expats are blocking their way.

Now, the Saudi Ministry of Education has ordered that schools should give priority to Saudi job applicants.

The move comes after a tussle between private schools and the government last year over qualifications for teachers.

A qualifying test has been introduced for expats before they can take up a post.

The ministry said Saudi women were preferred as teachers as giving them the posts was less confusing for students and most Saudi women did not want jobs in retail or business.

The Saudi government is issuing regular policy decisions on employing expats in a bid to quell a mood of disenchantment with the government among the country’s young unemployed, many of whom are highly qualified after attending university overseas.

The fear is Saudi Arabia may fall victim to an Arab Spring style revolt seen in several other North African and Middle East nations over recent years.

Out of a population of around 30 million, almost a third are expats. Around a million expats have left the country as a result of the jobs crack down.

Other recent moves to reduce the number of expats working in Saudi include a freeze on renewing contracts for expats in public sector posts and offering the jobs to suitably qualified locals.

Meanwhile, lawyers in Kuwait have suggested the government should slash the number of expats in the country by ordering a fifth to leave each year.

One lawyer, Abdullah al Tamimi, argues that like Saudi Arabia, the nation has a rising number of young, qualified but jobless Kuwaitis and that if 1.35 million expats were to leave over the next five years, locals could step in to fill their posts.