Saudi Women to Take the Wheel 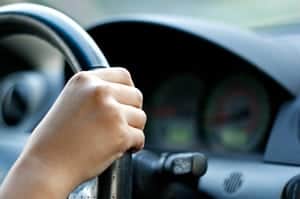 Late last week, in Saudi Arabia, the only country in the world which bans women from driving, women across the country took to their cars in protest of this ban.

Over 60 women took part in this protest and drove near and are, participating in a basic human right which they are unjustly denied. While the number of participants remained low, organisers of the protest say that only the women who have obtained drivers licenses from abroad took part in this demonstration for safety reasons.

Another reason that the number was so low, many women who had been intending to drive were put off due to calls from employees of the Interior Ministry.

Protests are illegal across the Kingdom and so many women were fearful of the repercussions from the authorities.

However outside the royal courts, over 100 religious clerics gathered in protest of this potential women’s rights reform.

Many religious figures are vehemently against the idea of women driving, some to go so far as to claim that it causes harm to the female reproductive system others claim that it will cause women to become sexual deviants.

A popular cleric, Sheikh Nasser al-Omar was filmed expressing that he felt this was a conspiracy alluding to social upheaval in the nation.

However the organisers of the October 26th movement made several assurances to the public on explaining that all they want is to be able to get from point A to point B without relying on anyone but themselves.

A website was set up gathering signatures to present to the government was set up and subsequently was it was hacked. The site was changed to show a black background adorned by bright red lightning bolts along with the message, “Reason for the hacking: I am against women driving in the land of the two holy shrines.”

Although many argue against women drivers an increased number of men publicly voicing their opinions expressing that women should be allowed to drive.

No arrests were made and authorities did not fine any of the women who participated in the protest.

This may not seem like much, but it is a significant progress from the first attempt to lift the ban in 1990 and 2011. The first attempt saw over 50 women jailed for a night and had to suffer losing their jobs and the second attempt saw one woman jailed after authorities found a video of her driving on the internet.

It is unclear whether government bodies are considering lifting the ban or if this protest has affected their decision-making.

QROPS USA: Difficult, but not impossible