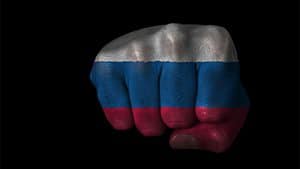 As tension spreads across Russia after the sanctions and uncertainty over Ukraine, Andrei Klepach, Russia’s deputy economy minister, has told reporters he expects investors to relocate around USD 70 billion in assets outside of the country in the first quarter of 2014.

Speaking on Monday, he also warned of rising inflation and stagnant growth.

Klepach predicts Russia’s growth in the first three months to be “around zero.”

Russia is paying a heavy price for its annexation of Crimea, with John Piecuch of Standard & Poor’s Corp noting “the deteriorating geopolitical situation has already had a negative impact on Russia’s economy.”

Earlier last week the financial services firm cautioned that the outlook for the country’s debt and economy had worsened.

Even small growth is growth, yet Mr Klepach warned it was “too soon” to consider Russia’s “recovery from stagnation.”

“There won’t be a recession,” he stated, “but there is a problem of stagnation: it’s length and depth.”

“I’m not ready to say how long it will continue.”

Mr Klepach noted that the America and the European Union-imposed sanctions instated during the Ukraine crisis had not led to a substantial impact, yet noted that “worsening of relations is a significantly negative factor for economic growth.”

Even though the economic hardships are partially self-inflicted, the sanctions have created a sense of panic across the continent.

The sanctions formed part of the sea change that has left investors worried – and pushed them to relocate the predicted USD 70 billion outside of Russia in three months – a significant increase from 2013, when total capital outflows for the whole year only amounted to USD 63 billion.