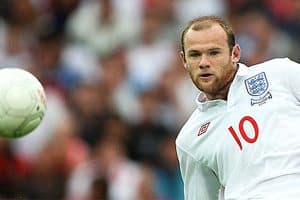 As Wayne Rooney homes in on an historic treble which will see him become England’s most capped player, and Manchester United’s and England’s all-time top scorer, global football laughs at English supporters keen to vilify the only player they have had in the last 10 years who has been internationally respected for what he has achieved.

Having won five Premier League winners medals, a Champions League winners medal, and a host of other domestic honours, not to mention the individual achievements bestowed upon him for his various contributions at both club level and international level, it seems odd that a player with a one in two goalscoring record for both club and country can be vilified so openly by the admittedly fickle English support, some of whom claim to have no interest in international football anymore, something which would be unthinkable to the vast majority of football-playing nations the world over.

Undoubtedly England’s only star player now Gerrard has retired, Rooney has for 10 years carried the nation’s hopes on his solitary shoulders, and although perhaps not being at the level of a Messi or Ronaldo, as a natural talent there’s certainly no English player around who comes close to his standard.

Perhaps he has been a victim of his early prowess, in that his ability at 17 led many to think he would go on to be the best player in the world and lead England to World Cup glory single-handedly, but with the exception of Diego Maradona, no player has ever managed to do that in the history of the game.

Perhaps more realistically it is the fact that he plays for Manchester United, and despite playing in a variety of different roles across the pitch and maintaining his record of a goal every two games, as a Manchester United player you will often have to settle for the fact that those who aren’t fans of the club will basically dislike you regardless of how good you are.

Rooney hasn’t played particularly well for England in the last two games, but it’s hard to think of one player who has. He scored the winner against Estonia who put on a brave show in the face of their millionaire opponents, and the gulf in class between the apparent minnows of European football and their seniors, has become less significant now as we have seen Germany, Spain and Italy also struggle in their early qualifying campaigns.

While Ronaldo and Messi seem to score hat tricks week-in week-out in Spain, it’s easy to forget that 80% of the Primera Division is made up of whipping boys who would struggle to survive in the English Championship. It is a testament to Rooney that he has always ended up deciding to stay in the UK when he could opt for the easier time he’d have of it in Spain.

It is unlikely Rooney will be too concerned by some fan’s opinions. It doesn’t take a great memory to recall the vilification of David Beckham in ’98, which then quickly turned into fanatical hysteria when he planted the winner in the top bin against Greece a few years later.

Rooney is integral to Manchester United, he is captain of both club and country, he has scored some of the most memorable goals seen in the Premier League and brought joy to millions of fans the world over, and he is about to cement his place in history for both club and country. In the fast-paced and frenetic modern-day game, his achievements thus far haven’t been too bad really, and at only 28 he still has at least one more World cup to go before he can sit back with his millions. Perhaps he can win over some of the dissenting voices, although he’d probably have to leave United to achieve that.

The final thought relates to United and their board. It’s not very likely that Rooney would be able to demand 300,000 a week if his contribution to the club both on and off the field was not significant. The constant abuse Rooney gets when he puts on an England jersey will most likely result in him hanging up his boots once he breaks the goal scoring record – which should be before the Euros. Then England can look forward to a strike force containing Welbeck, Rickie Lambert and Daniel Sturridge…. Terrifying.