Robots to Compete in Olympics 2020? 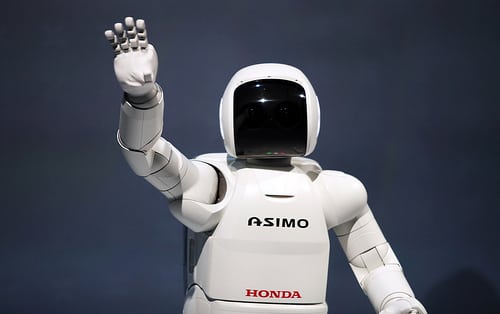 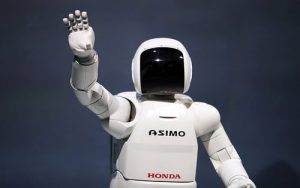 Shinzo Abe, Prime Minister of Japan, has revealed his intention to push for robots to compete against each other when his country hosts the Olympics in 2020.

During a tour of some of the most advanced robotics factories in the world in Tokyo and Saitama, he remarked that the Olympics would provide the perfect stage to display the tremendous advancements made in robotic technology across the globe.

Although he did not give any immediate vision relating to which event he hoped to see the robots compete with each other in, it is said that he is a huge fan of Robot Wars – the British TV creation in which robots violently attempt to destroy each other using flame throwers, saws, and other such weaponry.

There are many robotics challenges in existence currently, of particular note are the tests devised by the US military where robots compete to complete specific (non-violent) challenges, such as climbing walls or collecting specific items against the clock.

Mr Abe is making strides in boosting his country’s economy after the horrific tsunami of 2011, and he sees robotics and technology as being a key component. The industry in Japan is currently worth around £4.5 trillion, but the Prime Minister has implemented a task force targeted at trebling this over the course of the next five years.

While robots will certainly play a pivotal role in certain aspects of future life, it is thought unlikely that the Olympic Committee would ever agree to allow them to compete in this sacred sporting event.

Against that, the Olympic motto is Citius – Altius – Fortius – Latin for Faster – Higher – Stronger, which robots quite clearly can be.

3 Apps for the on-the-go Professional