A Rift in the Gaming World 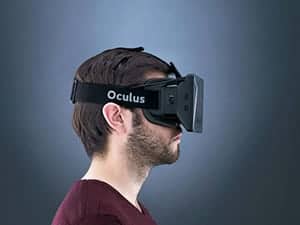 Oculus Rift has been taking the gaming world by storm ever since their funding campaign on kickstarter.com. It was to everyones surprise that on March 26th 2013, Facebook bought Oculus Rift for a whopping $400 million in cash, 23.1 million Facebook shares, and  $300 million in potential bonuses for the device’s development.

The question on everyone’s mind is why would Facebook, such a large and controversial company be interested in the Oculus VR when they have always positioned their device as a hard-core gaming platform aiming at the next generation consoles (PS4, Xbox One, Android, etc..).

This has got gamers around the world in rage. ‘Minecraft’ creator Marcus Persson, immediately cancelled the deal to bring ‘Minecraft’ to the Oculus Rift when he heard it had been purchased stating on his personal twitter account “We were in talks about maybe bringing a version of Minecraft to Oculus. I just cancelled that deal. Facebook creeps me out.”

Should gamers worry about this?

Oculus co-founder Palmer Luckey, virtual reality visionary and pioneer is aware that developing such new technologies requires massive funding that a kickstarted project simply does not have. Luckey defended Oculus’ partnership with Facebook saying that, “The partnership accelerates our vision, allows us to execute on some of our most creative ideas and take risks that were otherwise impossible. Most importantly, it means a better Oculus Rift with fewer compromises even faster than we anticipated.”

Mark Zuckerberg expressed his desire to merge VR with social networking stating on his Facebook, “Oculus has the chance to create the most social platform ever, and change the way we work, play and communicate.” He adds that, “The incredible thing about the technology is that you feel like you’re actually present in another place with other people. People who try it say it’s different from anything they’ve ever experienced in their lives”.

When Facebook acquired Instagram nearly 2 years ago, the number of active users skyrocketed from 30 million to 200 million users today. Facebook managed to achieve this without changing Instagram’s fundamentals. Those who did not know about their business deal did not feel any difference to their user experience.

For those of you worried about the Oculus becoming yet another social media platform, Zuckerberg added, “We’re going to focus on helping Oculus build out their product and develop partnerships to support more games. Oculus will continue operating independently within Facebook to achieve this.”

The goal being to introduce virtual reality to a wider audience in hopes that big time game developers will take the medium seriously causing it to grow much faster than it would have in other conditions.