How The Richest Americans Got A Whole Lot Richer 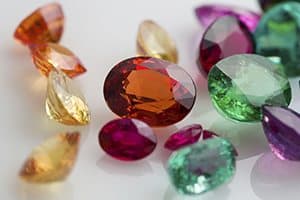 Call them what you like, be envious or hold them up as role models, but America’s wealthiest billionaires have the Midas touch and just seem to get richer.

Microsoft chairman Bill Gates of Windows fame is the richest man in the States – adding $11.5 billion to his cash pile this year and taking his personal fortune to just over $72 billion.

Investment guru Warren Buffett managed to earn more than triple that of Bill Gates in the year – a massive $37 million a day to increase his personal fortune by $12.7 billion to $59 billion.

Buffett started his rags to riches journey at just 13 years old when he founded a neighbourhood newspaper delivery service that has grown into a multinational business empire encompassing brands like Heinz.

Third in the rich list is gambling tycoon Sheldon Adelson whose casinos in Las Vegas, Macau and Singapore raised his stakes by $11.4 billion in the year to over $35 billion.

Astonishingly, the top 10 wealthiest billionaires in the States increased their fortunes by $101 billion in 2013, which is an average $10.2 billion each. The money mountain they accrued is more than the gross domestic products (GDP) of countries like Puerto Rico and Slovakia.

Their combined net worth is a massive $347 billion – more than 40% up on the start of the year and well ahead of the 24% return seen by the Standard & Poor’s top 500 companies.

Increasing stock price in their holdings contributed most to their wealth.

Their holdings span most investment sectors and show that diversification rather than concentrating on specific sectors leads to the biggest financial gains.

Several of the wealthiest Americans made their fortunes from the internet – like Jeff Bezos (Amazon), Mark Zuckerberg (Facebook) and Sergey Brin and Larry Page (Google).

Biggest earning US billionaires in 2013

Rich Nations Fail To Keep Promises To Help The Poor