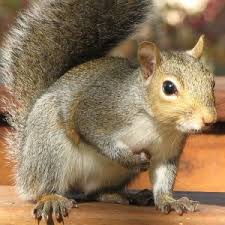 A reward of £10,000 has put up as an incentive for anyone who knows and helps Police find two men who appeared to kick a squirrel off of the edge of the Grand Canyon in a video posted on YouTube.

The cowardly act –presumably made for a real laugh – was recorded and posted by someone called Jonathan Hildebrand, although he is not one of the men who actively sought to kill the innocent squirrel.

It is unknown what his role in this was, although he claimed he “did not realise what was going on until it was too late” He still managed to find time to video the event and subsequently saw fit to upload it onto the popular video hosting website.

The video has since been removed as it violates the terms of service on YouTube, however it was viewed thousands of times and has caused anguish among animal lovers and organisations across the globe.

It would appear that Hildebrand may escape punishment for his role, and he also claims not to have known the two men who appeared to “be French”. It is not known at this time if the budding film-maker often films unknown men going about their daily business, in the hope of catching a one-off event to show to his followers on YouTube. He does, however make videos of himself making dogs out of balloons. The first video in what he claims to be a new series of balloon making, has been viewed 31 times.

The Grand Canyon is rich in wildlife, and is extremely popular with squirrels. This particular squirrel was lured to the edge of the canyon with breadcrumbs before the thug took a run at it and kicked it off. The canyon has an average depth of 1 mile.

Although the US authorities are very keen to speak to these supposed French men, for any prosecution to take place they would have to find the squirrel and the men. Both scenarios seem unlikely at this stage.