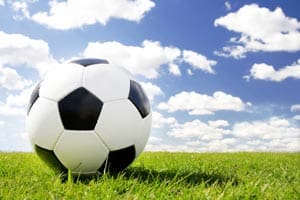 United last topped the soccer wealth table more than a decade ago – and the first study in 1996 with earnings of £88 million.

The top 20 teams at the summit of world football earnings had a total income of a record 7.4 billion euros – 12% up on the previous season.

The money is split as 49% from broadcast rights, 42% from commercial revenue and 9% from matchday cash from supporters.

Turkish teams Fenerbache (157.7m euros) and Galatasaray (155.9m euros) are the only sides from outside the big five nations to feature in the top 30 richest clubs – at 25th and 26th places.

“There are several metrics, both financial and non-financial, that can be used to compare clubs, including attendance, worldwide fan base, broadcast audience and on-pitch success,” said a Deloitte spokesman.

“In the Money League we focus on clubs’ ability to generate revenue from matchday (including ticket and corporate hospitality sales), broadcast rights, which include distributions from participation in domestic leagues, cups and European club competitions and commercial sources like sponsorship, merchandising, stadium tours and other commercial operations, and rank them on that basis.”