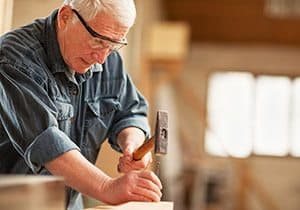 The Government has announced that they hope to see the average retirement age in the UK increase by six months every year.

The Department for Work and Pensions (DWP) has been pushing for the dramatic and swift increase for a number of years, and it seems now the Government have been forced to take the idea on board, particularly in light of the huge deficit currently hanging over the wider UK pension market.

Currently, men retire on average at 64.7 years and women at 63.1, but the Government need this to increase, and increase at pace.

If the proposal is pushed through as we expect within the next 12 months – something eluded to by Pars Herald in our Public Sector Pension articles over recent weeks – people turning 50 this year, would be able to retire at 80.

As life expectancy increases, the age for retirement should of course, also rise. However it is the startling rate at which the increase will occur which has most people concerned. Pensions Minister for the Liberal Democrats, Steve Webb, called the target “ambitious but not far away”. Indeed it has been clear for quite some time that those choosing to spend their later years in the UK would be forced into working for longer to help subsidise the NHS, gold-plated pensions among bankers and MP’s, and social care, but now the UK pension scheme is in over one hundred billion pounds worth of deficit, it really wasn’t too hard to predict that the retirement age increase would be fast-tracked as a matter of urgency.

There quite simply isn’t enough money in the pot for the amount of people currently in – or coming up to – retirement to live on.

The State Pension is scheduled to hit age 70 in the next 50 years, although we expect this to be halved over the next 10 years too as Britain continues to buckle under the financial strain it is constantly being placed under. NHS privatisation has never been far from the headlines – or the minds of the Government – and with the recent announcement to sell off Britain’s share in the Channel Tunnel, we wait with baited breath to see which asset will be flogged next in order to try to inject some life into the spluttering economy.

The rumblings suggest official announcements are on the way, but the idea of what is in store for the UK’s workforce must surely prompt many to think very seriously about their retirement planning and their chosen retirement destination. Moving abroad to live and work will in many cases allow retirement at 55 or 60, something quite simply never likely to be seen in the UK again.