Who Really Profits From Rags To Riches Courses? 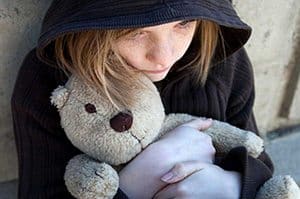 Rags to riches courses may change their topic but all have the same theme – a charismatic speaker willing to spill the secrets of how they made their millions.

The trouble is their secrets come at a price – usually adding up to several thousand pounds for a place at a seminar and a package of course materials.

The question is who is really getting rich from these courses?

It would seem the beneficiaries are generally the people running the seminars who are picking up small fortunes from wannabe delegates who want to tread in their footsteps.

Over the years, the theme of these get-rich-like-me schemes has changed.

Before the credit crunch, the focus was on investing in property. Inside Track was the best known British example, collecting millions in course fees while a sister company allegedly sold discount property to members.

The firm went into administration in 2008, reportedly leaving hundreds of investors out-of-pocket to the tune of £500,000 or more.

Now the focus has switched to foreign currency exchange speculation.

Knowledge To Action is fronted by businessman Greg Secker who tells listeners willing to pay how he amassed millions from dealing out of his home.

His business developed into an empire.

His secret – well the more you pay, the more he tells – appears to be based on analysing news events and watching the markets.

The question is if forex speculation is so lucrative and if he can earn so much from sitting in front of a computer, why does he want to let more people into his earning space, especially when they are paying less for the skills than he can allegedly earn in an hour.

The first session is a free taster. In October 2012, Knowledge to Action told the BBC the full monty would cost a delegate £13,000.

Attendees were assured starting to trade with £5,000 and setting aside just an hour-and-a-half a day, they could cover the cost of the course from their profits within six months.

The organisation claimed to have helped 10,000 learn to trade forex in eight years.

Taking a fixed fee certainly has less risk attached than the forex trading floors where market variables are king.

Will QROPS Give Expats A Larger Retirement Income?