Rate Your Income In The World Pecking Order 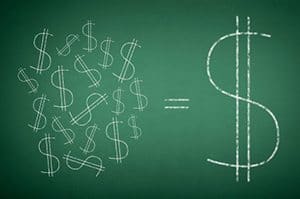 So where does the proposed state pension of £140 per week put you in the world’s pecking order of salaries?

The flat-rate payment of £7,280 a year is due to start in April 2016 and is much heralded by the government as a boost for pensioners.

But a neat tool from the Davos World Economic Forum has been posted on line that compares global wages.

According to the calculator, the sum is far from princely and just 0.0002% of what the Queen earns every year.

On the positive side, £7,280 is 58% of the global average wage of £10,793 and four times what a teacher in Ethiopia earns and double that of a cleaner in Thailand.

It’s also four times the wages of a Guatemalan farmer and the same as a bus driver earns in South Africa.

The average is on a par with earnings in Japan, Australia and Germany.

The figures were put together for the calculator by the International Labour Organisation, a global think tank.

Expats can set the global income calculator to reflect their pay standing in dozens of countries, from Albania to Zambia.

If you would like to see how you rank visit the link below.

Huge gap between the world’s richest and poorest