Race To Dig Up Rare Earth Deposits From Disused Mines 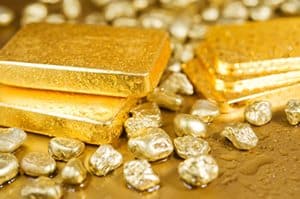 Huge deposits of gold, rare earth metals and ores are being uncovered in a race to between the US and China to snap up supplies of minerals.

China has many of the world’s largest deposits of rare earth metals and controls the supply to other nations, which can restrict their ability to manufacture technology gadgets and equipment to rival China’s output.

Rare earths are not particularly valuable, but are found bundled with other ores and are difficult to extract.

They are used mainly in technology – for computer chips, SIM cards and applications like solar panel linings.

In a recent fishing rights dispute, China switched off  rare earth supplies to Japan as leverage in the row.

The US government is now spending millions of dollars sending out teams of scientists and geologists to test petered out mines for rare earths.

“We realised that prospectors only focussed on the metals or ores they were targeting at the time and didn’t bother testing for other deposits,” said a US government spokesman. “In many cases, rare earths and other valuable ores we are seeking were not even on their radar.

“If we can reduce our reliance on outside resources, then the project will be money well spent.”

China is carrying out a similar operation in the north-western province of Xinjiang with some spectacular successes.

In recent weeks, geologists have uncovered two massive gold deposits – one of 53 tons and another of 50 tons. To put the finds in perspective, the finds total almost a quarter of all the gold mined in China in 2012 – which amounted to 403 tons.

Alongside the gold lies millions of tons of iron ore and zinc that will need 2,000 workers for several years to extract.

China is the world’s largest gold producer, but cannot supply enough of the precious metal for the domestic market.

The nation is the world’s second largest gold consumer market behind India.

That may soon change, propelling China to the top of the gold consumption rankings as The Reserve Bank of India is restricting gold imports in a desperate attempt to slash the nation’s budget deficit.

The restrictions order Indian banks to retain a fifth of all imported gold they hold for export.

Now, banks can only import more gold once most of the set aside gold is exported.

How Many Millions Were At History’s Biggest Uprising?