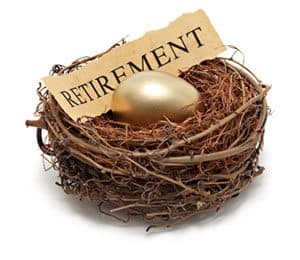 Those employed in education, the NHS and the Armed Forces are now faced with the prospect of restrictions being imposed upon their freedom to transfer their pensions into alternative schemes such as QROPS, a scheme specifically for those now living abroad.

Freedom of Choice no More

Those in the Public Sector have what are known as unfunded defined benefit schemes, which are schemes that use the contributions to pay pensioners within the scheme directly. These are pensions which – in the UK market – are looked at as being the most desirable, but for anyone with a public sector pension choosing to retire away from the UK, the desirable freedom of choice is going to be removed in April 2015.

The ban on transfers for these “pay-as-you-go” style schemes means that anybody leaving the UK – a number which increases annually – faces the prospect of their retirement funds being exposed to the uncertainty of currency fluctuations, and a definite sense of restriction, which has just been lifted on defined contribution pensions in the UK.

QROPS Not an Option for Public Sector

QROPS were introduced in 2006, and the schemes have always represented a great opportunity for expatriates, particularly those with significant amounts saved. But by banning this section of the market from transferring their scheme away from UK shores, the Chancellor apparently hopes to sustain the Exchequer and protect the taxpayer.

The exception to the ban will be those in a funded defined contribution scheme. These are schemes which have an investment aspect sat behind the pensions in payment. These pensions will be able to transfer into a defined contribution scheme, which technically can be transferred to QROPS, although the process has intentionally been made very lengthy.

Those who work in local government fall into the category of funded defined benefit schemes which are eligible for transfer, however fully qualified advice must now be given as a part of this process. The advice must come from a sanctioned professional in a long-overdue regulatory tighten up, which could see many unqualified pension advisors forced out of the industry.

The Government is in no doubt after the consultation process post-Budget, that people are most definitely best off remaining in their existing defined benefit scheme rather than transferring out of it. This is due to the burden of any risks related to investment strategies behind the funds fall solely on the employer rather than the saver.

So while those in defined contribution schemes in the UK enjoy the freedom to be able to take their entire pension as a lump sum at 55, get 25% free of tax and the other 75% at their marginal tax rate, those with defined benefit schemes are faced with less flexibility than before.

1 thought on “QROPS Transfers: Time is Running out for Public Sector”