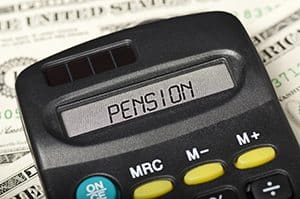 Hundreds of pension providers in the UK are facing up to the grim reality of an uncertain future post-Budget 2014.

With Chancellor of the Exchequer, George Osborne’s announcement that UK pension holders will no longer be forced to a purchase an annuity with their savings upon retirement, this side of the business is set to all but disappear.

The abolishment of the legislation means that UK pension holders now have a good deal more freedom than they were previously afforded in relation to their savings, but for annuity firms, it is very far from good news. In the month following the announcement, over 250,000 savers have pulled out of the annuity scheme they were previously resigned to being a part of.

Annuities have always been unpopular with pensioners, the rates of return are often minimal, and the charges related to the purchase average at around £3,000 regardless of the amount of savings. This has resulted in listed companies which provide annuities having more than £4.5 billion slashed from their market value, leaving those in charge of companies such as Legal & General, Aviva and Prudential wandering how they can plug the gap.

There was no precursor to the announcement, with the entire annuity market taken by surprise by the Chancellor. Now providers are desperately searching for some way of forcing the Treasury into a reversal of the decision, although it is unlikely that the newly afforded freedom to pension savers will now be relinquished in favour of lining the pockets of multi-million pound corporations.

Many will feel that the announcements – which have thrown the UK pension market into uncertainty – are some sort of punishment handed out to the providers who allowed no flexibility to their customers. Once the obligatory contract was signed there was no leaving the scheme, regardless of the customer sourcing a better-performing fund elsewhere.

Even upon death, the remaining funds were never placed into trust for the bereaved, simply (allegedly) shared amongst other annuity holders.

While pension companies may struggle to come to terms with the sweeping reforms – more of which will follow over the coming months – their woes pale into insignificance when compared to those faced by whichever party takes over the leadership come May 2015.

The UK pension deficit scenario has not improved since 2011 when there was a small recovery. The deficit still stands at a staggering £118.2 billion, and although reforms such as the annuity-based incentive may be attractive to some, more savers than ever are choosing to leave the UK for fresher pastures, and are taking their pensions with them to benefit from more flexibility, tax benefits, and stability.

Qualifying Recognised Overseas Pension Schemes (QROPS) are HMRC approved foreign pension funds which can offer huge benefits to UK pension holders living abroad, and providers have reported a huge upsurge in enquiries since the Budget announcements. With public sector pensions set to be banned from transfer come April 2015, those that have worked in the NHS, Police force or Civil Service are considering getting their savings out while they still can. Whichever way it is dressed up, the new Treasury will have to face up to a multi-billion pound deficit, while witnessing large pension pots being removed from the country. It’s an unenviable position to be in.

US QROPS on the Rise

1 thought on “QROPS, Pensions and UK Annuity Firms in Disarray”