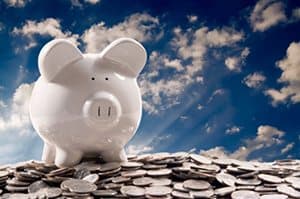 If you leave your UK pension in the UK when you move abroad, no matter where you relocate to, your pension is still subject to HM Revenue and Customs’ (HMRC) stringent rules.

The associated pitfalls include up to 55% of your fund being taxed upon death, a limited number of investment choices, and the difficulty of timing currency exchanges to get the most out of your money.

Whilst Qualifying Recognised Overseas Pension Schemes (QROPS) are now well known for their ability to counter these drawbacks, less has been said on the dramatically increased pension income you can expect if you transfer.

The pension income process in England

In England, your pension income is determined by the Government Actuarial Department (GAD) – which sets yearly minimum and maximum incomes for the UK’s pensions.

The factors which determine pension income are review every year and respond to changes – both positive and negative – in UK gilt yields.

UK gilts are bonds issued by the British Government. As a government is unlikely to go bankrupt, gilts are generally seen as low risk.

However, because the Bank of England repeatedly lowers interest rates to promote borrowing and stimulate the economy, the UK’s gilts have reached record lows.

As a result of this, pensioners are receiving comparatively less income during retirement.

How a QROPS helps

Once you have been a non-UK resident for five years, a QROPS transfer means a larger income for retirement, as your pension income would be based on speculative investment performance – and not GAD rates.

Yet a QROPS does not only negate the effects of UK gilts, as by transferring your fund abroad, you are no longer subject to the UK’s income taxes which range from between 20% to 50% of your income, depending on the size of your pension pot.

In total, this means you could expect income up to 50% larger than if you left your pension in the UK.

Even though QROPs allow you to leave 100% of your fund to your loved ones, greatly increased investment freedom, and larger, more flexible retirement income, a transfer into a QROPS is not for everyone.

For example, if you have already used your pension to buy an annuity, you cannot transfer your fund into a QROPS.

To make sure it is the best option for you, you should take professional advice and understand any implications before you transfer.