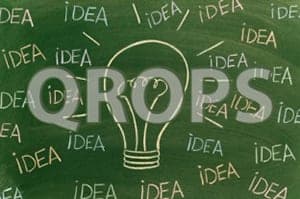 The list of Qualifying Recognised Overseas Pension Schemes (QROPS) is published twice a month, but many retirement savers are confused about why the list is released and what it means if a QROPS is removed.

The list started off with a simple purpose – as part of due diligence for British pension fund managers can check if a QROPS manager has told HM Revenue & Customs (HMRC) the pension meets the conditions required to be a QROPS.

However, HMRC is quick to point out that the list is not exhaustive as some QROPS may tick their ‘no publicity’ box and are excluded.

Anyone transferring money from a UK pension to an unlisted QROPS needs to get permission from the scheme manager in writing to confirm with HMRC that the pension meets QROPS requirements.

Listing is not HMRC QROPS approval

HMRC also explains that QROPS on the list are not approved or endorsed as suitable investments in any way.

“The list is only intended for UK fund managers to check and in no way gives any assurance that HMRC has checked or approved that any pension has met QROPS qualification.”

Pensions are regularly added and removed from the list for various reasons, including:

Sometimes QROPS are removed from the list because checks have shown the pension has never qualified as a QROPS.

In this case, any transfer of funds from a UK pension into the QROPS could be treated as an unauthorised payment. This can attract a tax penalty and other charges of between 55% and 75% of the value of the fund transferred.

HMRC will not discuss why a QROPS is removed from the list without written permission from the scheme administrator authorising giving the information to a named individual.

Retirement savers should avoid financial firms claiming that their schemes are ‘HMRC approved’ because it’s clear they are not.

Anyone considering a transfer should deal with an IFA who is regulated to give QROPS advice and can demonstrate a track record of successful transfers.

They should also keep a comprehensive due diligence detailing checks made about evidencing the pension is a QROPS.

The list is generally published on the 1st and 15th of each month.