QROPS: Jersey has Arrived – for Everyone 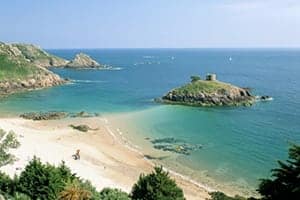 QROPS providers operating from the tax haven of Jersey can now offer their financial products to non-residents. Just two days ago the necessary amendments to the tax-efficient jurisdiction’s pension regulations were passed, meaning that the door has been opened to some of the most attractive overseas pension schemes – schemes which were previously only available to those residing on the Channel Island.

Although the idea of opening up QROPS to non-Jersey residents has for a long time been mooted, it is as a result of amendments to the localised incomes tax rules announced in September that effectively gave the green light.

While the amendments were targeted at freeing up Jersey residents and their savings to allow them the benefits offered by being able to place their money in any jurisdiction they require, the ruling also means that UK pension holders living anywhere in the world can find sanctuary in the financial stronghold should they wish to remove their funds from the UK for tax or investment reasons.

Now, with a solid framework in place, and a selection of QROPS ready to be introduced, it is expected that Jersey will become a very attractive destination for those looking to secure their pension in a more stable economy.

It should be a relatively smooth introduction into the international QROPS market for Jersey and the JPA (Jersey Pension Association) as the product has been offered for residents from the UK for years. The teething problems sometimes associated with new jurisdictions should therefore be negated – in particular the difficulty some new inductees have with staying within the strict and constantly changing rules put in place by HM Revenue & Customs.