How the QROPS industry has changed since the 2012 clampdown 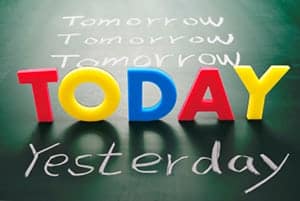 With the recent delisting of Bangladesh and Malaysia – and HM Revenue and Custom’s (HMRC) near constant silence around such delistings – many experts are suggesting this is another repercussion from last year’s policy shakedown.

But what exactly has happen since the announcement in April 2012? And are investors and clients any better off?

When HMRC’s new legislation for QROPS came into force nearly 18 months ago, pension advisers had clear cut product guidelines which outlined what constituted a QROPS.

To recap, the changes were:

The first change alone saw Guernsey delisting 300 of its QROPS and effectively pull out of the QROPS market.

But after this, are we any better off?

Whilst the new rules have put a hamper on malpractice, it has definitely not been a trouble-free transition.

The shock of losing a well regulated centre such as Guernsey means a vast well of talent and knowledge was left stranded – although some experts said at the time that 90% of Guernsey’s schemes would re-establish themselves in Malta.

Regardless, advisers needed a period of readjustment to learn how other jurisdictions operate and to find out whether they offered the level of expertise needed.

Conversely, other QROPS jurisdictions like Malta and Gibraltar have grown from strength to strength in the wake of the changes – with Malta in particular fast becoming a jurisdiction of choice.

The changes have meant that the QROPS market is now much more transparent, which is great news for both providers and their clients.

However, there is little doubt that any further abuse of QROPS legislation will see HMRC coming down hard again – which is a worry to many providers currently operating within the law.

Cementing this is the recently published draft Finance Bill 2013, which gave HMRC the ability to take action against unlawful QROPS providers or jurisdictions.

In addition, as part of an industry-wide clampdown HMRC has been in the news recently for clamping down on “pension busting” scams – again requiring more stringent and proactive reporting requirements.

So whilst the industry is undoubtedly safer, there may still be a few set backs on the road to greater transparency in the QROPS market.

Somali pirates sentenced to life in prison for American deaths

Google and Microsoft Agree for a Good Cause