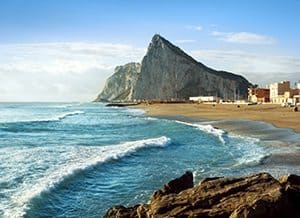 When moving abroad, British expats are entitled to benefit from transferring their UK based pension into a scheme which offers more flexibility and benefits than would be received by keeping it in place back at home.

Thousands of expats every year are choosing to take advantage of the less restrictive options which are exclusively available to them. A non-UK pension scheme must be recognised by HM Revenue & Customs to ensure that it qualifies for transfer. Such schemes are call Qualifying Recognised Overseas Pension Schemes (QROPS) and are commonplace in various jurisdictions across the world.

A UK resident will qualify for a QROPS if they are an expat with the express attention of staying abroad for a minimum of 5 consecutive years. Currently the government is receiving specialist consultation regarding the future of QROPS.  Because of the large volume of UK residents choosing to leave each year and taking their pension pots with them, the government is concerned about the amount of capital leaving the country, and as a result, the tax jurisdiction.

As a result, the April Budget 2014 announced sweeping changes to the way in which UK pensions are treated. The initial announcement – on the face of it – seems to be attempting to replicate many of the better features of QROPS, but as there is nothing concrete in place currently the entire UK pension landscape is shrouded in uncertainty right now.

With the announcements made by the Chancellor in April, many expats have been encouraged to get their pension transfer completed as soon as possible, rather than sit around and wait for whichever decision might be made in relation to the future of their savings.

The benefits of Gibraltar

Gibraltar has become a QROPS destination of choice along with Malta. Schemes placed here have both the security and reassurance offered by being based in a financially stable EU member country, and also feature the following benefits:

The current trend of expats being drawn to the gateway to the Mediterranean has increased significantly in the last 12 months, especially in light of the withdrawal of over 300 schemes which were previously available in the hugely popular QROPS destination of Guernsey.

As with any decision relating to savings or finances, specialist advice should be sought before any decision is made. QROPS represents a fantastic opportunity for expats, especially in relation to the current uncertainty surrounding the future of pensions in the UK.