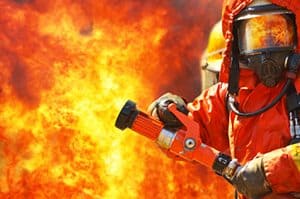 The ongoing disputes over the future of Fire Service pensions look set to continue as unions fail to come to an acceptable resolution. The age of retirement is set to be extended to 65, while many face up to the reality of having to contribute more, while taking less once they finish.

As a public sector pension, Fire Service schemes aren’t the only ones with a cloud of uncertainty hanging over their future. Police, NHS staff and teachers are all in similar boats, and although for the vast majority any semblance of control of their retirement future is due to be removed in April 2015, for former employees now residing abroad there is still time to assess all available options.

After a consultation post-Budget, it was decided that all un-funded defined benefit public sector schemes would effectively be banned from being transferred into an alternative scheme elsewhere. Once this kicks in in April, savers will be locked into a pension fund paralysed by a huge deficit, with a future most likely consisting of further benefit restrictions and age extensions.

For former employees now residing overseas, there is still time to remove savings into a more stable environment. But the clock is ticking….

UK Public Pension Fire Service Pension holders are transferring to QROPS, once they move away or planning to leave the UK to retire overseas

A Qualifying Recognised Overseas Pensions Scheme is a fund created to mirror that of the UK, but because it is based overseas, it benefits from more generous tax regimes, investment flexibility, selected currency denominations and early retirement options.

The power of choice when it comes to retirement cannot be underestimated, and while as an expat, the option was always there to look into the move into a QROPS, many saw it as either too complicated or were unsure as to the security of their funds.

But QROPS have come a long way since their inception in 2006. There are now over 3,500 schemes run in 42 jurisdictions across the globe. Many jurisdictions (Malta, Gibraltar, Australia) have financial regulation that operates in a similar manner to the UK, and some huge providers have entered the market adding a sense of credibility to what was already seen as being a very good option for expats with funds left in the UK.

Soon to be 100% lump sum (predicted for April 2015), this will mean that 25% will be available free of tax, while the remainder will be subject to the tax rate of the jurisdiction. This can be tax-free, it can be 2.5%. If you place your funds in the right place, it will ALWAYS be less than the UK

You can choose the level of investment and the area in which you wish to invest. More control over your future is perhaps one of the most desirable aspects of a QROPS.

QROPS pass on the entire fund to your partner if you should die before the end of the scheme. In the UK, 55% gets passed on.

As they are designed for the modern expatriate, there is a great deal of flexibility. Although this can vary between schemes, often providers will allow transfer into a different jurisdiction with minimal charges, many offer retirement at 55.

When it comes to drawing a pension from the UK and having it converted into whichever currency is required, the fund can be eaten into by fluctuations. This can be avoided by having the savings placed in the currency of your choice from the beginning.

QROPS provide some excellent benefits, and for public sector scheme holders, there is only six months to make certain they have considered every option available. Advice on QROPS should only be taken from a fully qualified professional with experience in dealing with these schemes.