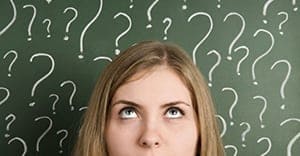 From the 14th of October 2013, new QROPS rules will require more stringent reporting on pension contributions and income as part of an industry-wide shakedown.

Whilst the UK Government’s decision to tighten the legislation surrounding Qualifying Recognised Overseas Pension Schemes (QROPS) makes it safer for future scheme holders, the new procedures may cause temporary disruption for QROPS providers – and cause worry for individuals.

The delisting process and your options

Firstly, if your scheme does become delisted – don’t panic. Many times schemes are temporarily delisted to complete necessary paperwork and ensure they are operating within the law.

However if your scheme shows no sign of returning, such as the case with QROPS in jurisdictions like Singapore and Slovakia, you will have to consider how best to proceed.

The first step in this process is for your QROPS administrator to send delisting details to HM Revenue and Customs (HMRC), including:

As a retirement saver, you would then have two options:

If HMRC can confirm that your pension scheme was abiding by QROPS rules when it was delisted, it should remain a pension under the rules of its jurisdiction.

And if this is the case, no tax penalties will be levied.

However, if the scheme was deemed to have not been a QROPS when your funds were transferred from the UK, you may be liable to a tax charge from HMRC – which can be substantial.

During the Singapore QROPS delisting case in July 2013, HMRC tried to charge retirement savers penalties of up to 55% of the transferred fund.

They reasoned that because the Singapore QROPS did not abide by the rules at the time of the delisting, the transfer was unlawful.

However, HMRC lost the case – and no penalties were charged – as it was argued the scheme abided by QROPS rules at the time of the transfer.

Whilst it is hard to predict how the system will change in the coming months and years, one of the easiest ways to ensure you are operating within the law (to the best of your knowledge) is to consult with a regulated, independent financial advisor.

They can complete the necessary due diligence on every scheme and ensure you are covered, and in the unlikely event your scheme is delisted, they can advise you on the most appropriate course of action.